Born in Rosario, Argentina, Gisel’s destiny with music began at the tender age of just 7 years, when she received her first toy piano. By the age of 10 she had made her first home recorded album and named it “Blue Bay“.

Gisel had no idea how strong her love for singing would be until one evening at a Karaoke bar with her friends. She was extremely shy and nervous, but that evening, her friends were very persistent in convincing Gisel to stand up and sing a song. She finally gathered enough nerve to sing “Hero” by Mariah Carey and almost instantly the guests went quiet and became mesmerized with this unknown local singer. Soon, they all began to applaud and cheer Gisel’s performance and it was in this moment that she realized singing was the thing she was destined to do.

Her interest in the arts continued as she performed in plays and musicals at the “Teatro El Círculo”. She also studied hip-hop and Persian dance and modeled on the runway for Falabella.

In 2003, after winning the contest sponsored by Warner Channel “The Bachelorette”, Gisel flew to Jamaica, where she had the opportunity to perform and she was broadcasted in all Latin America.

From that point on, Gisel entered and won a singing and songwriting competition “With you in Hollywood”, a show produced by the Warner Channel. Winning that contest gave her the opportunity to travel to Hollywood in 2004, where she performed for the people in the “City of Angels.”

Afterwards, in August 2004, Gisel joined a local Rock & Roll band known as “The Spanglish Band” and became the lead female vocal singer. This was a great opportunity, as she was able to perform in some well-known clubs, restaurants, and events. Concurrently, Gisel performed as a Solo singer at the Hard Rock Café in Buenos Aires and at various events and hotels throughout Argentina.

She had also performed live in the key political event that was attended by more than 5000 VIP personalities including the winner of the Nobel Prize in literature, Mario Vargas Llosa (to whom she sang the “Happy Birthday” live a capella) and a large number of Ex‐Presidents as Jose Maria Aznar (Spain), Alberto Lacalle (Uruguay), Vicente Fox (Mexico), and several other national politicians.

Gisel’s ambitions didn’t stop in Argentina. On March 22, 2007, she joined SellaBand.com as their most ambitious and unsigned South American Artist. In this fund-raising platform, she became the fastest “Final Countdown” in SellaBand’s history to that date, raising approximately $14,000 in 2 days becoming the 25th artist to achieve $50,000 for the recording of her debut album, “All The Way”. 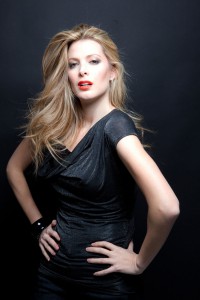 In 2010, she began an European and Asian Tour, performing in countries like the United Kingdom, the Netherlands, Austria, Switzerland and Russia.

In 2013, and after several pre-auditions, she was chosen to participate at the Blind Auditions of the world-wide popular singing contest “The Voice of Switzerland“. With her rendition of the Whitney Houston’s hit “I Have Nothing” she was chosen by the legendary blues artist Philipp Fankhauser to join his team of 10 singers. After winning “The Battles” and the “Sing-Off”, she went through to the final stage of the broadcast “The Live Shows”, where she became one of the best 12 singers in Switzerland. This was a major achievement for a non-Swiss singer, and she gained the attention of the Swiss audience and the most important media in the country.

Later 2013, Gisel submitted two songs for the Swiss selections of the Eurovision Song Contest. One of them was the sweet and at the same time powerful ballad “Born to be Child” recorded with Gabriela Grossenbacher, another participant of the Voice of Switzerland from Team Stefanie Heinzmann. At the same time, together with her teammates of  Team Philipp from the Voice of Switzerland, Ricardo Sanz and Iris Moné, she recorded the latin-pop flavor song titled “Together Forever” with the band name “3 for All”. After several internal selections and the public vote, Together Forever made it to the Swiss National Finals (“Die Grosse Entscheidungsshow”) aired on the 1st of February, 2014. The song immediately became a favorite among the Eurofans of all around the world and international polls, including the poll organized by one of the most important Swiss newspapers “20 Minuten”.  On the 1st of February 2014, 3 for All performed live “Together Forever” and the cover song “All for Love” in an electrifying performance where they managed to get a standing ovation from the audience. After 50% vote of the jury and 50% of the public vote, 3 for All achieved a terrific 3rd position in the Swiss National Final.